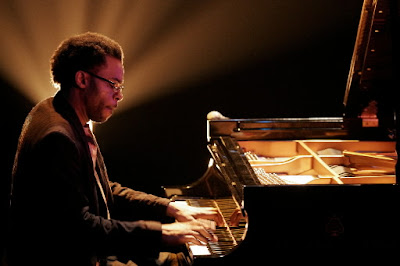 The annual Hebden Bridge Piano Festival takes place between April 21st and 23rd. As ever, there is a diverse programme built by director Dave Nelson. This year, there are a number of jazz events including the opening event on Friday 21st featuring LCoM alumnus Matt Aplin.


Matthew Aplin is a Leeds-based jazz pianist, composer and arranger whose performances draw from a wide range of other traditional and contemporary styles, including classical, blues and pop.
He is involved in a number of projects , including Treppenwitz, an improvising trio who recently released their debut album on New Jazz Records, Short and Long Ditties.
Sunday April 23rd, 4pm - Marc Cary
One of the leading lights of contemporary jazz, New York pianist, keyboardist and composer Marc Cary is the master of a futuristic jazz-funk that ranks him among the most innovative and creative figures on the jazz scene. He holds tight to his roots in Washington DC’s go-go music scene, but Cary’s interests also include everything from Indian classical to Malian music to hip-hop.
Sunday April 23rd, 6.30pm - Dave Nelson: Jazz Excursions
Featuring some of his compositions for solo piano as well as a few well-chosen jazz “greats”, Dave’s eclectic take on jazz mixes it all up with other styles including pop, classical, folk and world music.
For full information on the festival, visit the Hebden Bridge Piano Festival website.