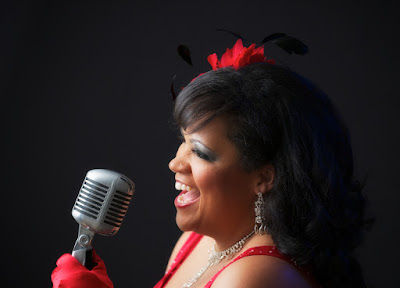 Jazz supremo Maureen Washington, from British Columbia in Canada, will be singing at Choppard’s Mission in Holmfirth on Saturday 15th April at 7.30pm, accompanied by multi-instrumentalist Jez Platt.Maureen’s  appearance in Holmfirth will be part of a debut tour in the UK to promote her new CD, entitled Harvest Moon.    Her vocals have been described as slipping easily from sassy to sexy, at times echoing the haunting tones of Etta James and Carmen McRae. She has also been compared with Jann Arden and Holly Cole but with her very own musical style.Steve Sykes, a volunteer with Holmfirth Arts Festival, who is organising the event, said:“We are just so delighted that she has agreed to perform in Holmfirth.  It is such an honour and she is also helping us to raise funds for future festivals.”

Tickets for the event cost £12.50 and can be bought from the Imagine Toyshop in Holmfirth or by emailing Steve Sykes on  s.l.sykes@btinternet.com

More on the artists...

Maureen Washington:  (www.maureenwashington.ca)With nine albums to her credit, Maureen began her musical career in her home town of Prince George, British Columbia. Her vocal diversity lent itself to performances of blues, swing jazz and funk with BOP, a band widely acclaimed as the best dance band in the Prince George region. Their versatile repertoire, ranging from classics to lively originals, brought them sold out crowds.  Now based in Victoria, British Columbia, Maureen continues to create new musical avenues and has developed  a growing entourage of fans as she performs with duos, sextets, and solo artists, including singing back up on Canadian Folk legend Valdy’s 2011 album, Read Between the Lines.Jez Platt:His first solo album, the pop soul (Something About) Blue Skies featured the single Hungry which received airplay across Europe and North America, including the Craig Charles Funk and Soul Show.  Musician magazine said it was 'infectious' and 'fabulous.'  He contributed guitar, keyboards and writing to Frank Felix's Tales from the Funky Underground alongside players such as Snake Davis, Eddie M and Jeff Kashiwa.Jez played guitar, piano and organ on both of Daniel Pearson's albums, co-producing the second.  He has played organ with Jim Mullen and Harry Beckett and has toured with Dennis Rollins and the North Stars Steel Orchestra for whom he was also Musical Director
Posted by Editor at 02:53