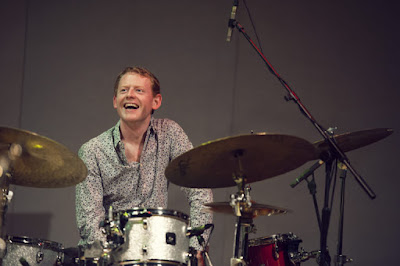 The new work is split into seven parts, each representing one of the seven necessary aspects of embodied hope - listening, surprise, accompaniment, practice, responsibility, trust and hope. His band is an all-star cast which features pianist George Colligan, saxophonist Jon Irabagon and double bassist Michael Janisch. After the tour, the band will record the music for a future release on Whirlwind Records, Michael Janisch's label.

Audiences in the North have one chance to catch this band as they tour, with a performance scheduled at the University of Hull on November 9th.

Full tour dates are listed below - if you'd like to find out more, see the full press release over on the Whirlwind Records website.