NYJO are recruiting for 2017 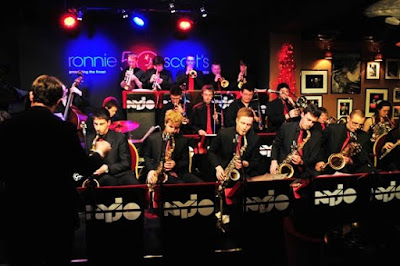 The National Youth Jazz Orchestra is recruiting for 2017 and are on the lookout for talented instrumentalist aged 24 and under from across the UK.


You will work with NYJO’s Artistic and Music Director Mark Armstrong, performing an eclectic repertoire of new music and classics from the big band canon, giving inspiring concerts around the country and also be involved in delivering NYJO’s learning and participation programme. Successful applicants normally hold their position in the band for at least one year.
Recent NYJO highlights include performances at the EFG London Jazz Festival, a major European tour with the German and Dutch National Youth Jazz Orchestras, an annual residency at Ronnie Scott’s, recording a celebrated 50th anniversary double-album ‘NYJO FIFTY’, and a landmark collaboration at the Barbican with Jazz at Lincoln Center.

“We are looking forward to auditioning potential new NYJO chair holders in January. Although an audition is a short amount of time to gauge a player’s potential, their choice of material and ability to play it, combined with sight-reading, gives a good indication of how they might fit in the band. For some really important chairs, a trial period may be needed to ensure the right person fills the role.”
“Although we rehearse in London every Saturday morning, through our partnership with Help Musicians we have the funds to help pay travel expenses to any players based away from London, should they be invited to attend regular rehearsals. Even if you are not successful in becoming a chair holder with the band, it is possible that you will be asked to be an ‘authorised deputy’ which means doing some gigs with the band, provided you can attend some rehearsals. We’re excited about hearing you play!”
Mark Armstrong, NYJO’s Artistic and Music Director

Auditions will take place in London on January 7th and in Manchester on January 8th. Applications will be accepted until November 14th 2016.
For full infomation, see the NYJO website.
Posted by Editor at 11:24