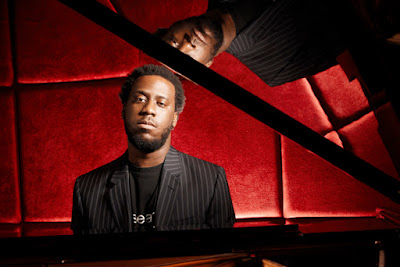 16th September marks the release of the brand new Robert Glasper Experiment album, ArtScience. The Grammy Award winning pianist and composer has teamed up with his close musical collaborators Casey Benjamin, Derrick Hodge and Mark Colenburg to produce something to rival their wildly successful previous releases.

To launch the album, The Robert Glasper Experiment embark on a UK tour in November including three chances to see them in the North of England. After playing two nights at KoKo in London (November 14/15), they hit Band on the Wall in Manchester (November 16), The Sage Gateshead (November 17) and Hull Truck Theatre (November 18) before heading to Bristol and Birmingham.

ArtScience finds the Grammy-winning Robert Glasper Experiment getting down to its essence, with each of the band members—keyboardist Robert Glasper, saxophonist and vocalist Casey Benjamin, bassist Derrick Hodge, and drummer Mark Colenburg—delivering the vocals and sharing in the production and songwriting on the album. On ArtScience, the Experiment sounds like a bit of everything that's vibrant and challenging and great about music woven into a billowing fabric of jazz, funk, soul, rock, hip-hop, blues, disco, electronic, and pop.

To find out more about Robert Glasper and the new album, visit his website.