MJF Announces first round of artist featured in 2016 programe 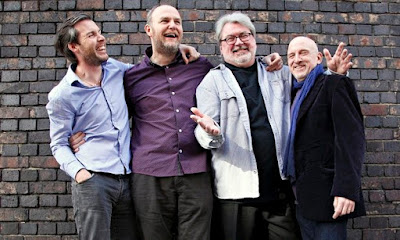 Manchester Jazz Festival has announced details of some of the acts scheduled to perform at their 2016 festival.

Beats & Pieces leader Ben Cottrell has been announced as the recipient of the Irwin Mitchell Comission this year and his new piece will be premiered at the festival on July 27th .The work is called New Seeing and features trumpet, rhythm section and 12 piece string section.

In collaboration with HOME, MJF will show films during the festival that give a snapshot of the connection between jazz and film. Louis Malle's Ascenseur pour l'échafaud and the Tubby Haye's film Man in a Hurry are highlights this year.

For full information and to book tickets (these events are sure to sell out so be quick!), visit the Manchester Jazz Festival website.
Posted by Editor at 04:02