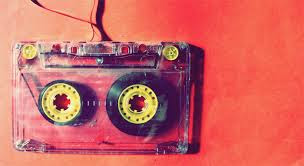 Behind door number 3 are the dedicated team of people who run websites and blogs that spread the word about gigs, bands, albums, festivals, funding and all sorts of other jazz news. For musicians and audience members alike, these sites are often daily ports of call to keep up to date on what's happening and these writers make a valuable contribution to the scene with the work they do.

This North East website is constantly abuzz with new content - Lance Liddle and Russell Corbett fill the site with news, live reviews and album reviews. Judging by the amount of material on the site, it's highly likely between the two of them they go to every jazz gig in the region and listen to every single album produced by NE musicians and are huge supporters of up and coming musicians.

This is the NORVOL Jazz blog and is run by Steve Crocker (promoter at Seven Jazz). Visitors can use it as a one stop shop for gigs happening at all the NORVOL clubs and Steve keeps an ear to the ground at all times for news on gigs starting up, tours visiting the North and more. It's a relatively new blog but already it's had over 190,000 visitors so he's clearly doing something right!

Bassist John Marley runs this site and, as the name would suggest, it's focus is on the jazz happening in York. There's been lots of activity going on in York of late, with a number of regular jazz gigs, the NCEM hosting big names and Ian Chalk's educational crusade to make York a s Centre for Excellence in Jazz and it's safe to say that John Marley is a vital part of all this activity. As well as gig news, John also reviews albums and has a weekly column called Jazz Notes in a local newspaper.

This site is run by John Toolan and Mark Beirne-Smith. The content is a mixture of gig reviews and interviews with artists and Mark is also a talented photographer so there are many photographs of musicians in there, too.

Derby might be pushing it a bit in the Northern stakes but regardless of geography, vibes player Corey Mwamba's website is one to visit. The Rambles section of his site contains lots of interesting articles and thinking points and is well worth checking out. Corey also programmes live gigs in Derby and has a full schedule of performances throughout the year so he is a force to be reckoned with.
Posted by Editor at 06:08