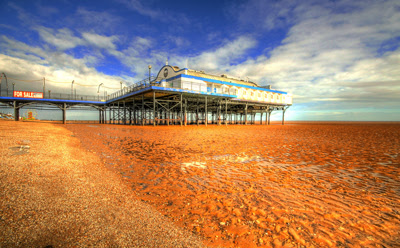 Shortlist magazine has declared in its most recent issue that Grimsby is the Worst Place in the UK. Citing crime rates, lack of cinemas and culture and its out-of-the-way location, the article awards Grimsby this new title while having recently declared Manchester to be the best, a mere 112 miles away.

Of course, as with any issue like this, if you dig a little deeper you will find groups of people tirelessly working to bring culture and community spirit to Grimsby and one such person is Gill Wilde.

Gill Wilde runs both a year-round venue, Grimsby Jazz, at the Old Clee club and an annual jazz festival in Cleethorpes. A whirlwind of activity and ideas, she is constantly seeking new partnerships and collaborations to enhance the jazz scene in the area. She has led jazz education initiatives bringing jazz musicians into schools, supported pilot schemes with musicians and puppeteers in collaboration and more. She has been successful in applying for Arts Council England funding to run the 2016 Cleethorpes Jazz Festival (which takes place in June 2016).

All of this work is done on a voluntary basis.

Congratulations to Gill for keeping jazz flourishing in Grimsby and Cleethorpes and for contributing to the Northern Jazz Scene for many years. Long may it continue!

Another outcome of the recent Shortlist article is Re-Imagine Grimsby, a facebook page where people are coming together to discuss how to improve culture in the area and sharing ideas about potential projects.

You can learn more on the Re-Imagining Grimsby page and can find out about upcoming gigs on the Grimsby Jazz site.