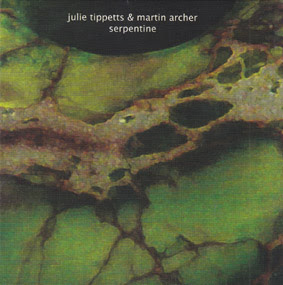 Discus Music owner and saxophonist Martin Archer has worked in collaboration with vocalist Julie Tippetts for the past 9 years. 4 studio albums have been recorded, receiving critical acclaim. As a team, they have been described as peerless, fearless musical adventurers.

Up until now, their work together has been confined to the studio but Martin has recently announced that they have been invited to perform at the prestigious Victoriaville Festival in Quebec in May.

Martin and Julie will be joined by Sheffield's Seth Bennett and Pete Fairclough on double bass and drums respectively,  Leeds-based Laura Cole on piano and Manchester's Anton Hunter on guitar.

Find out more about the festival on the FIMAV website and visit Discus Music's site for information on all releases.
Posted by Editor at 05:48