The Sandhouse Stompers go Coast to Coast for Favela Brass 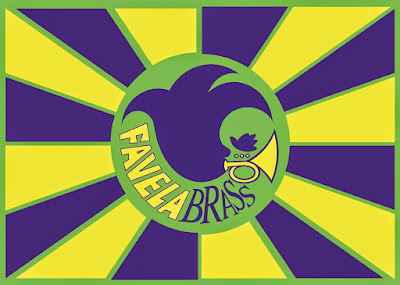 The Sandhouse Stompers, a 9 piece New Orleans brass group made up of Northern musicians, are embarking on a 120 mile walk from Morecambe to Whitby to raise funds for Favela Brass.

Starting on 23rd July, the group will play 9 gigs as they walk through towns from coast to coast, as well as stopping to busk and raise awareness of the work Favela Brass does.

The Favela Brass project provides free brass, percussion and English lessons to children in a small favela in Rio de Janiero.  Brass instruments are extremely expensive to buy in Brazil and brass tuition is almost non-existent in Rio's state school system. Net result: children in Rio's low-income neighbourhoods rarely learn to play brass, which is a huge shame considering that music plays such a central role in the cultural and social life of the city. The Favela Brass project aims to change that situation for children in a small favela (slum) called Pereira da Silva in Rio's Laranjeiras district.

Keep an eye out for the band busking over next week or so, or catch them at one of their 9 performances -

We enjoyed their Pateley Bridge gig tonight very much, and it is all in a very good cause. Try and catch up with them somewhere on their journey.