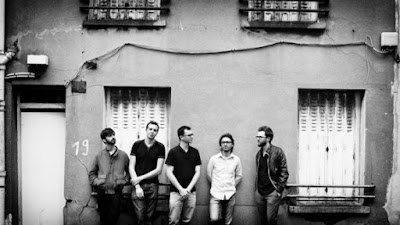 Live jazz in the North often becomes less frequent in the summer with many clubs taking a well-deserved break until they launch their Autumn season. Jazz North East, however, got an offer they couldn't refuse and will be postponing their summer break to host French group OXYD this coming Sunday.

The Paris-based group is influenced by a diverse range of musicians and bands, citing Jim Black, Steve Coleman, John Hollenbeck and Marc Ducret amongst the former, and AlasNoAxis, Kneebody, Radiohead and Sonic Youth on the band front. Their original compositions also draw inspiration from both European and American jazz, but with elements of rock, pop, improv and contemporary music subtly blended into the mix.

Led by keyboards player Alexandre Herer, the band has a powerful front line in trumpet player Olivier Laisney and tenor sax player Julien Pontvianne, with inspirational support from the high quality rhythm section of Oliver Degabriele on electric bass and Thibault Perriard on drums. Since its creation in 2006, the quintet has played clubs and festivals throughout France, Europe and the USA, and has released three critically acclaimed albums.


You can book tickets for this gig from Reflex Records or from the See Tickets website.