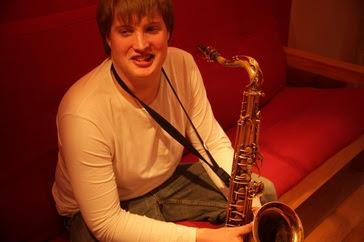 Three graduates from the LCoM jazz course have been nominated for Rising Star Awards in the London Music Awards. The winners will be announced tonight at a ceremony at the Roundhouse in London.

Pianist Sam Watts graduated from the jazz course in 2010 and has since moved to London to study a Masters degree. Saxophonists Riley Stone-Lonergan and Phil Meadows graduated in 2011 and were both featured heavily in the National Youth Jazz Orchestra for a number of years. Phil Meadows currently directs the Engines Orchestra in London who recently picked up  Parliamentary Jazz Award and Riley, a winner of the Yamaha Jazz Scholar Award, has gone on to study with Seamus Blake, Chris Cheek and Joel Frahm in New York.

Congratulations to all three nominees and we wish them luck!
Posted by Editor at 07:49