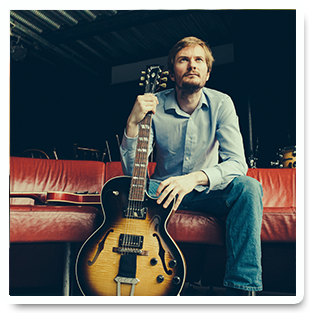 By now, guitarist Ant Law is a familiar face (and sound) to the jazz scene in the North, so we predict a sell-out crowd for his May 19th gig at the White Rabbit in Leeds.

Law surfaced first in 2013 with Entanglement, an album that certainly made scene-watchers at the time sit up and take note of the hitherto little known guitarist. Zero Sum World is even more accomplished, particularly in the writing department. 2015 augurs well if the imaginative essentially acoustic jazz sounds found here are at all representative of what’s in store. 4 Stars, Marlbank

Tickets for the gig cost £5 and can be bought directly from the White Rabbit or by emailing them at thewhiterabbitbar@gmail.com.

NB - there will be no jam session, just the gig!