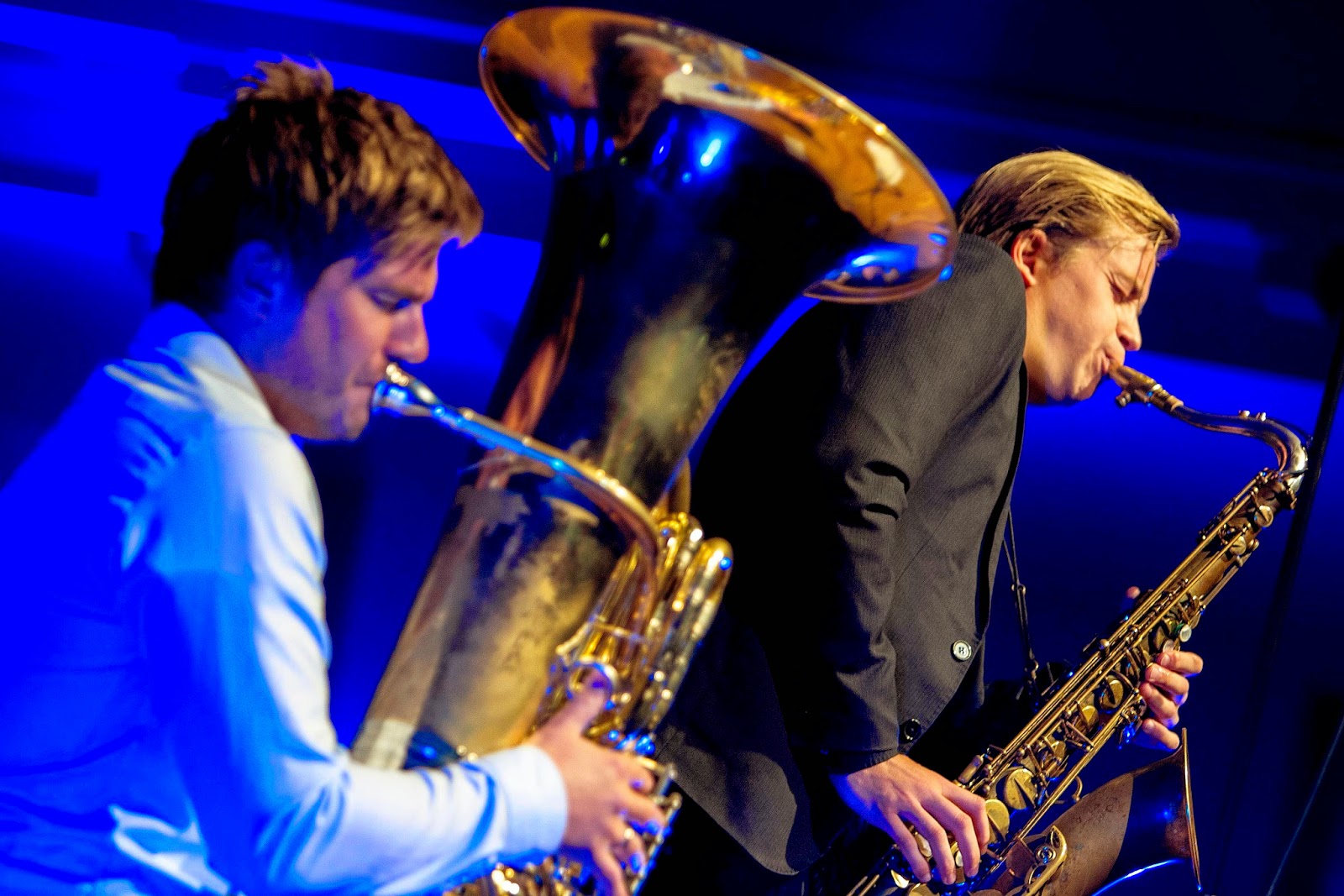 It's the annual Jazz on a Winter's Weekend in Southport this weekend and there's a whole host of gigs going on throughout the weekend. You can find their full programme on their website but we've chosen three gigs as our weekend highlights.

This young band have already built up quite a following and now they open the festival this year. The band features Young Jazz Musician of the Year Alex Bone and they will be introduced by Jo McCallum, leader of the Jazz North Introduces programme which Jam Experiment won last year.

Saxophonist Marius Neset received two standing ovations when he performed at Southport in 2013 on his Golden Explosion tour. This time is back with tuba player Daniel Herskedal to play a duo set of music from their latest album, Neck of the Woods.

This ensemble represents the best of the Birmingham Conservatoire jazz course and in this concert, their programme contains music by three great composers; Maria Schneider, Jim McNeely and Bob Brookmeyer. The orchestra last appeared in Southport in 2012 with a concert of Gil Evans' music and this one is sure to be a great way to end the weekend. Directed by Jeremy Price.