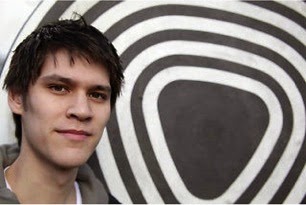 LCoM alumnus Jonathan Chung has been invited to write the music for a new film by Mark Lobatto entitled Blue Borsalino.

BLUE BORSALINO is a neo-noir detective film set in the present day with flashbacks to the 1960s, written and directed by Mark Lobatto.

It's a gripping murder mystery which touches on themes of guilt, forgiveness and redemption, told in Mark's unique style which puts a modern, quirky twist on film noir. Think 'Mulholland Drive' meets 'Amour'.

The film is currently seeking funding through Kickstarter and has generated over £7,000 of the £10,000 goal. Full details of the Kickstarter can be found HERE.

Saxophonist Jonathan Chung moved from Glasgow to Leeds to study his undergraduate at LCoM before moving to London to complete his masters degree at the Royal Academy of Music. As well as being a sideman in a number of projects, he leads Glasshopper featuring Corrie Dick and James Kitchman.
Posted by Editor at 07:24