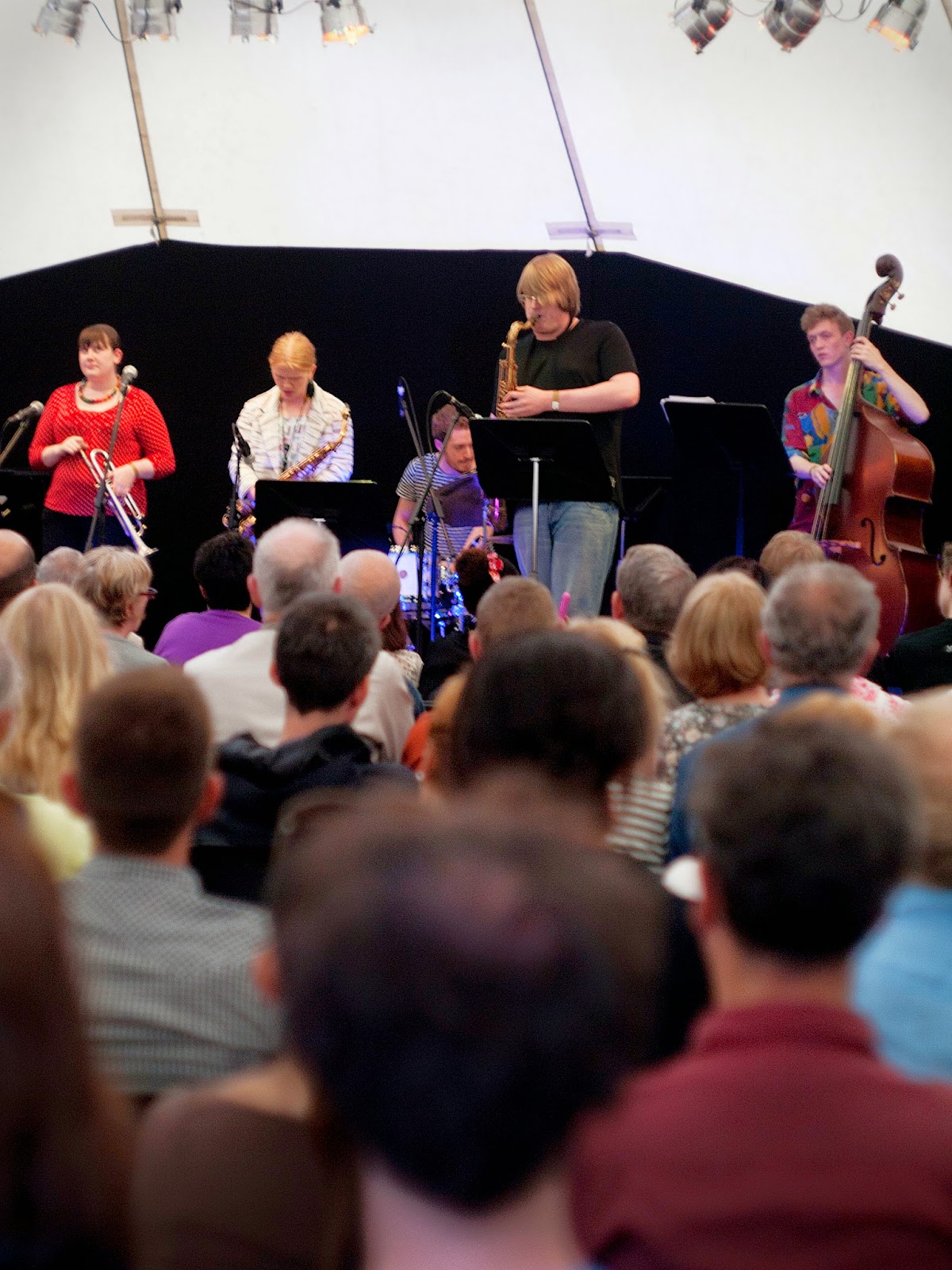 LOCUS, the collaborative project led by trumpeter Kim Macari and saxophonist Leah Gough-Cooper was launched by in 2012 and the group have since toured the UK, recorded in the US and are now back to perform 5 UK dates including two Northern dates, one at JATP Bradford (7th November) and one at HEART in Leeds (15th November.)

Leah and I started talking about putting something together about 18 months before we actually did the first gig (being 3,000 miles apart meant a lot of skype and email exchanges). It was always a risk to put a new group together that we thought would work theoretically but not having a chance for some of the band members to play all together until the first gig! That risk paid off and we had a great time on that tour last year.

Since then, Riley and I have been to NYC twice for extended visits, giving us and Leah the chance to record and play through material with some fantastic American musicians and plan our next project.

I'm really looking forward to these upcoming November dates. We've learned a lot about how we all play together and so this time, we are armed with a lot of new material which I think will really play to the bands' strengths. For me, there are certain things about each player that I really love - the way Riley plays over static harmony and build solos, Leah's playing over grooves and hits, the way Sam, Jay and Tom can play over free passages...So I've tried to make sure the material allows each of them to do what they do best.

LOCUS perform at JATP Bradford on the 7th, The Jazz Bar in Edinburgh on the 12th, Glasgow Art Club on the 13th, HEART in Leeds on the 15th and London Jazz Festival on the 16th.