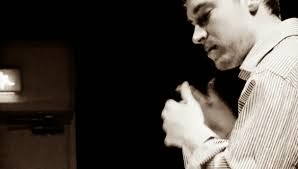 Leeds-based composer James Hamilton has been announced as one of the three finalists for the Eddie Harvey Award for Jazz Arrangement.

James, whose composition and arranging has garnered numerous awards and critical acclaim, will attend a special awards concert at the Polish Jazz Cafe in London on November 6th, during which the winner will be announced and NYJO will perform it and other Eddie Harvey arrangements.