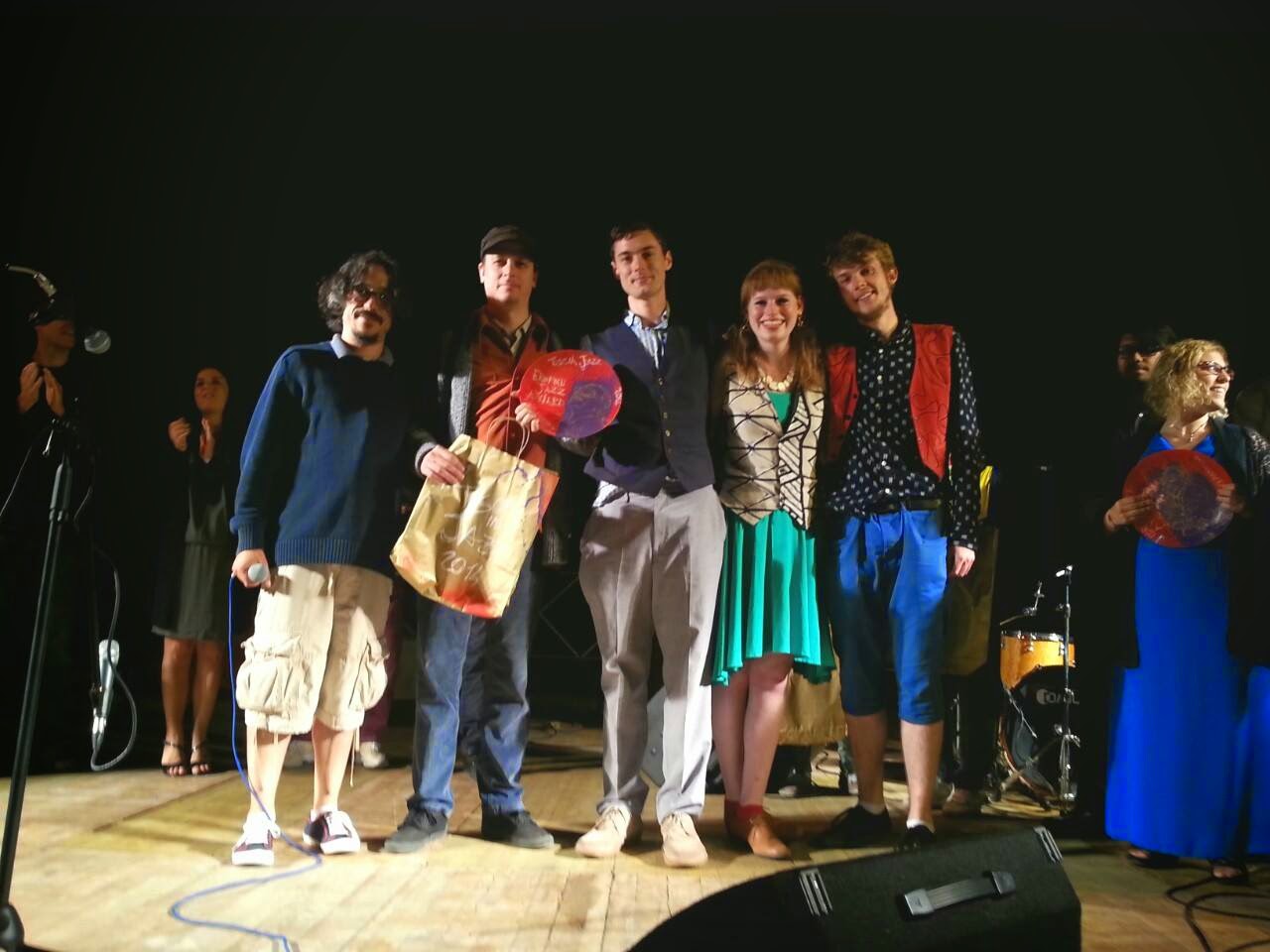 The band performed two sets of original music in the semi finals and finals, beating stiff competition from 4 other bands from across Europe. In addition to the main prize, drummer Katie Patterson also picked up the Up and Coming Musician award. They will return to the festival next year to perform a gig which will be recorded and released by Euronote Records.

Congratulations to the band!
Posted by Editor at 12:24