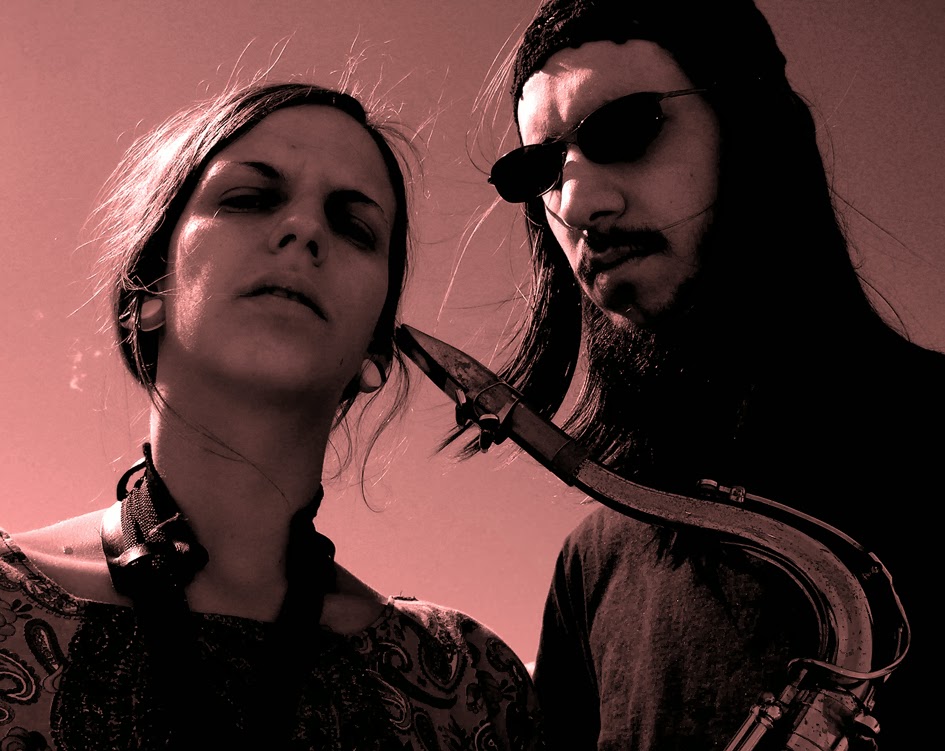 Jooklo Duo (IT)/Gelba (IT) /Dave Jackson (UK)
Thursday 13th March 2014
Queens Social Club, Sheffield
Tickets: Advance: £7 waged, £5 concessions - from Rare and Racy, Division St, Sheffield or http://www.wegottickets.com/event/260499
On the door: £9 waged, £7 concessions
Doors 7:30pm, start 8:15pm
Tinnitus Jukebox and Singing Knive Records are hosting an evening of free improvisation and left-field music from three European groups.
JOOKLO DUOVirginia Genta (saxophones) and David Vanzan (drums) have been bringing their intense and mesmerizing music all over the world since 2003. The duo's work is a totally personal research that has been described as the most powerful expression in “free music” nowadays, transcending every kind of definition and going straight to the source of energy."Boss Italian woodwinds/drum duo who skronk the big bulb of freedom as hard as anyone. The overblowing is as insane as either of Borbetomagus’s lips-guys, so it vibes like a collision between them and Flaherty/Corsano duo or something. Raw, loose, jibbery." Byron Coley