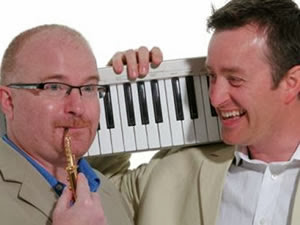 Seven Jazz have announced their 2014 spring/summer programme and it is packed full of regional, national and touring groups playing a wide range of styles.


Firstly award-winning jazz alto saxophonist and hip hop star Soweto Kinch celebrates the release of his studio double album titled ‘The Legend of Mike Smith’ - the tale of a young MC caught in a very modern world of temptation on January 23rd at Seven Arts. Then Canadian Trumpeter Jay Phelps has put together a wonderful trans-Atlantic sextet to perform the music of Miles Davis in his “Projection of Miles” concert for February 20th. Leeds based jazz singer Louise Gibbs premieres her new “Seven Deadly Sings” on March 6th, a jazz song cycle scored for voice and septet and a star line up of international musicians such as Tony Kofi, Tim Whitehead and Quentin Collins and then the same month on March 20th Jean Toussaint – the sax playing member of Art Blakey's Jazz Messengers - returns Seven Arts leading his own quartet.
Australian tenor sax jazz star Brandon Allen with his exciting new quartet on April 3rd and finally before Easter on 10th April the superb duo of saxman Tommy Smith and pianist Brian Kellock make it down from Scotland – just before they close the border!

To get jazz fans in the mood for Le Grand Depart from Leeds we have a couple of groups that recreate the music of Stefan Grapelli and Django Renihardt – Ben Lowman’s Django Project and Matt Holborn’s Gypsy Jazz quartet. And for those who like jazz singers we have welcome returns by Kate Peters and Kevin James!

All this to see enjoy then. But if you want to join in too, then there is the highly successful Seven Jazz workshop, improvisation group, the Seven Jazz Voices Choir and the Spring Jazz Café and Jam Session on March 30th!