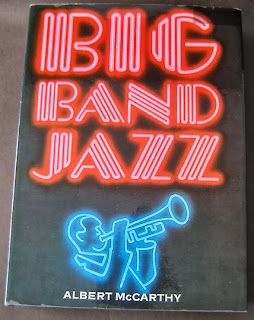 With the announcement of cuts which would disastrously affect the BBC Big Band still ringing in our ears (you can sign the petition HERE), some positive news has popped up in Leeds, with two new big bands starting up.

Buoyed by their recent PRS Jazz Promoter Award, FUSEBOX have returned from the summer break with another strong line-up AND a new Composers Orchestra. Dave Hatfield says

The original idea for this came from a gig in December 2012 originally intended to showcase new material for Dave Kane's Rabbit Project. We all know rabbits' tendency to procreate and by the night of the gig it had grown to the Dave Kane Rabbit Project Fusebox Orchestra. A very special gig which left behind the seed of an idea to put together a large orchestra on a regular basis. All very much in the spirit of the LIMA Orchestra and others (Tommy Evans Orchestra, Seth Bennett/Laura Cole Orchestra) we hope to showcase the many and varied playing and composing talents of the kind of Leeds based musicians associated with Fusebox. Our recent awards of funding from Leeds Inspired, PRSF and Jazz Services has really helped to enable us to put things in place to make this a reality.

Rehearsals take place on the last Tuesday of each month at the Fox & Newt...24 September, 29 October, 26 November. These will be open to the public and hopefully should offer an insight into the process and something of an education for music fans and students alike. Free admission but donations welcomed. We hope that the orchestra will become a vehicle for individual composers but initially will be rehearsing new work from a number of different composers to be showcased at a concert in December.

Drummer and composer Colin Byrne also has plans to start up a new band. Colin leads the Leeds Jazz Orchestra as well as his Mingus group, and now it's time for a funk big band. The band will rehearse weekly on Friday 5:30-7:30pm  at La Boheme and he's looking for a pool of players for each chair. The material will be funk-oriented and so far there's been a healthy interest but Colin wants more players! If you're interested, email Colin at infoATbigbandbyrne.com (replace AT with @)