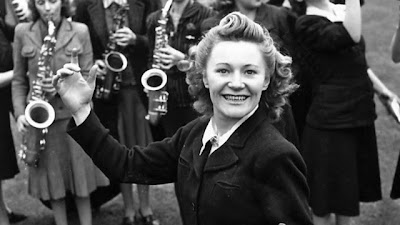 Leeds Civic Trust are looking for a volunteer to monitor and maintain a blue plaque erected to commemorate Leeds-born bandleader and saxophonist Ivy Benson at the house she grew up in, 59 Cemetery Road, Holbeck.

Benson (who was born in Leeds in 1913 and died in Clacton-on-Sea in 1993) led a famous all-female orchestra that found fame in the UK's variety theatres, topped the bill at the London Palladium and became the BBC's resident band. She appeared on many radio and TV broadcasts and in 1973 was the subject of BBC show 'This Is Your Life'.

Leeds Civic Trust is a voluntary organisation and the plaque scheme is financed by seeking sponsorship for each plaque.

If you would like to volunteer to maintain the plaque, or would like to nominate people to be honoured with a blue plaque, Leeds Civic Trust ask that you get in touch via email at - officeATleedscivictrust.org.uk (replacing AT with @)