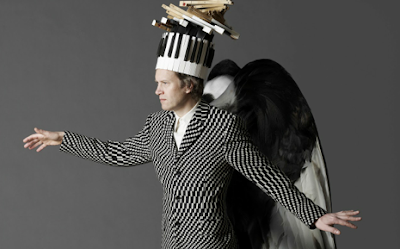 
Django plays at the Picturedrome following five star Guardian reviews and ahead of the recently announced summer date at the Proms with his ‘Belovèd’ trio. In addition to the performance at 8pm, there will be a pre-concert talk at 7pm, where you can catch Django in conversation with Professor Tony Whyton of the University of Salford.


Festival Director Fiona Goh is delighted to have attracted such an iconic instrumentalist:


“If you’ve never seen Django live, grab a ticket,” said Fiona. “He’s a true British eccentric and a breathtakingly original musician and performer. Belovèd will be playing a mixture of the Bird and Confirmation albums, which have wowed the jazz press and audiences alike with their unique takes on the music and influence of Charlie Parker.”

Tickets for the Django Bates Belovèd concert are £15 (£12 concessions) and the pre concert talk is free to ticket holders.