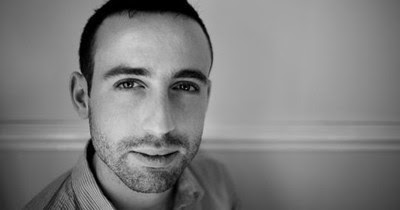 "Sam Leak is one of the brightest young stars in the jazz piano galaxy, a heavenly improviser and a brilliant prospect for the future." - Helen Mayhew, JazzFM

Pianist and composer Sam Leak is in Leeds this weekend. On Saturday, he will lead a workshop at HEART and on Sunday, he brings his group Aquarium to Seven Jazz. Aquarium's debut album was listed as one of the Top Ten International Jazz Releases of the year by MOJO magazine and their newly released second album, Places, is shaping up to continue this successful trend.


Sam, congratulations on your second Aquarium album, Places. It's getting lots of positive press! Can you tell me a bit about the album and the music on it?

Thank you very much - yes luckily people seem to like it! We recorded the album on the Easter weekend in 2012 at Curtis Schwartz's studio in Ardingley. I wrote most of the music in the 2 months preceeding this, in which time we also did three gigs to get it all together at Charlie Wrights, The Oxford and The Amersham Arms respectively. We then tried to record all of the music in a single day's studio time, so all in all it was rather stressful! The release of having completed all of the work towards the thing in such a short time actually left me feeling  physically ill afterwards. 'Places' is a very well worn topic for an album - in fact I was told shortly after naming it that Brad Mehldau actually already has an album with that title.. On checking i-tunes I've found that actually a number of albums seem to have the title! When I sit down to write, my composing naturally ends up expressing however I am feeling at the time, so the tunes all end up becoming snapshots of that feeling, place and time. I think that's the case for most people really. Some of the tunes on
the album cover quite clear experiences, such as Catherine Grove which is about when I was mugged at knifepoint in a street of the same name in Deptford Bridge - that one's quite tense!
Do you have a set approach to composing new material - is there a method you follow, or is it less structured?

I have worked on a lot of compositional technique over time, but when it comes to actually composing it tends to be a fairly free process that draws on the things that I already know in a less structured way. With this album, as I was writing most of the music in one big block, I guess that as a result I had it in mind that I should try to vary the music throughout. I think most composers have aural reference points in other music as well, that they can mix and match and mould into their own compositions - in these instances (for me at least) the final piece usually doesn't sound much like the original reference points, which I guess is lucky! Composition is a means of expression, but it is also a process and usually all you need to set you off is a something to write about, a starting place (for example 'this tune will start with these two chords' or 'the melody will start with this interval') and a rough set of parameters. From that point on each piece tends to unravel itself for you.
Aquarium have been playing together for quite some time now, which is interesting as there are so many pick-up bands or groups with changing personnel on the scene. What do you think the reason for the bands' longevity is? Tell me about the musicians in the group and why you work well together.

To be honest the reason for the bands longevity really is that I enjoy playing with all of the musicians and that I've wanted to keep it together. Though we do sometimes make democratic decisions about musical things, overall the band is my project really so it's down to me to make sure that we get gigs, that we record, etc. I can't really imagine anyone else playing in the band, this really is the right set of musicians to play the music. They all get what it is that I want from it, and they add something more to it that's personal and helps to bring it to life.
Aside from the Aquarium Places tour, what else is on the cards for 2013?

The Places tour is really the focus of things for the time being. I'm also getting more and more interested in music cognition so we'll see where that takes me. I continue to tour with my co-led group with saxophonist Alex Merritt, which I always love doing. Also Richard Fairhurst and I have spoken about potentially reviving our piano duo that we put together for the Steinway festival a few years ago, so maybe that will happen. I have a suite that I wrote for a quintet including saxophonist George Crowley, that it would be nice to record at some point. I'm also playing for a few tours in the summer, including one with Leah Gough-Cooper and
Kim Macari, that should be really good fun. I played on an album recording with the Duncan Eagles/Mark Perry Quintet featuring Gareth Lockrane a while back too, so I presume that will be coming out at some point too (?!). In London I'm also getting more and more involved on the straight ahead scene, and I've been running a few of the late shows at Ronnie Scotts over the last year.
What sort of music are you listening to at the moment?

For a while now I've been listening a lot to Konitz's album 'Live at Birdland.' That's a really stunning album! I've also been listening a fair bit to 'A Ballad Album' by Warne Marsh,'Coltrane's Sound' by John Coltrane, and various tracks recorded by Jozef Dumoulin (such as 'Mata,' 'Hundreds and Thousands, and 'Eihwaz' parts 1 & 2). In terms of a favourite album I'm a massive fan of 'Fort Yawuh' and 'My Song' by Jarrett, and of the the first Liberation Music Orchestra album - so they'd definitely make it on to a long list of
favourites. Musician-wise my favourites list would also be very long, but some that come to mind right now are Jarrett, Bley, Konitz, Coltrane, Dewey Redman, Warne Marsh, Charlie Haden.
Posted by Editor at 03:30