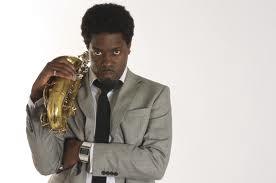 Following on from last week's interview with Soweto, we move on to discuss music and his latest projects...


Following on from the subject on genres and collaborations, can you tell me a bit about the Flyover Show?
The Flyover Show takes place under a flyover in Birmingham and the programming of that belies my underlying philosophy of music - you'll see Maxi Priest on the same stage as Wordsworth, an underground hip-hop MC from NYC, and then Julian Joseph there too. There's not really an assumption that these genres don't belong with each other. It's about tradition and continuity - realising that we have this common inheritance and making choices about what to do with it. I'm looking to take it to France this year and expand on it.

Tell me about about your new project, the Legend of Mike Smith.

It explores the 7 deadly sins; its' permutations and what that does to a creative mind. It's also just part of a process - we'll be performing the music at the conference, but it's all leading up to culminate in a theatrical adaptation of it in Birmingham Rep in September, so it's going to be a staged piece as well. It's an interesting subject to explore because there is Dante's own catholic conception of sin and all of the papal authorities that wrote so eloquently on the subject of demonology, but also now sin is so omnipotent, it's so omnipresent in our daily lives. We walk into a shopping centre and see lust is being used to sell everything from eyeliner to sportswear. 'Greed is good' as the Gordon Gekko maxim of our time states. So I really wanted to scrutinise what that does to us - as a creative how these things get inside your mind without you even realising it and how they can knock you off course.


What was the spark - what made you decide to do this?

It's an idea that's been bubbling away in the back of my mind for 5 years. Musically, I've been fascinated by Bach and fugues for a long time, and I found a way to meld that to the hip-hop beats that I make. Further than that, I wanted to augment that with instrumental jazz that I make, too. It seemed like the perfect musical language, mixing those three, to express and contrast this ancient classical world of sin and this ever-present world of sin we find ourselves in today. And that being prevalent in certain types of hip-hop - questioning why that is and other creative questions surrounding it were the spark behind doing this.

Is this thematic way of writing something you're very drawn to, then?

You find that such a malleable piece of material like the 7 deadly sins produces copious poems and dance and music. I worked with Jason Yarde last year with an arts project in Bromley where he was commissioned to take the story of the 7 deadly sins and create something for a youth big band. It was a really interesting dialogue; in their first sessions they would improvise to try and find how it would sound to be slovenly or gluttonous, and from that Jason created a 20 minute piece. That whole process is interesting but in immediate terms, it gave me a system of devices and compositional techniques to think about and ask students to think about - how does the metre change, how does the tempo change? How can we make it more or less intricate melodically or harmonically depending on the story you're trying to tell.

What else is in store for you this year?

We're travelling to the US in June and July with The Legend of Mike Smith,, and also to France. As I mentioned, the grand launch of the piece will be on September 12th in Birmingham. I'm looking to take the Flyover show to France as well, and have artists from both countries involved
Posted by Editor at 05:32