The Friday Interview: Who to Listen to in 2013 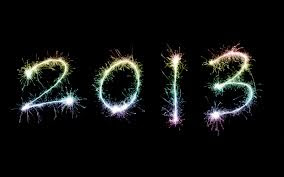 To get 2013 up and running, we decided to ask musicians, promoters and jazz fans who they think we should be listening out for in 2013. We received lots of responses -  suggestions from promoters for groups they've recently booked, suggestions from musicians about those in their community they're most excited about, and quite a few from musicians who already have their promotion hat on and nominated themselves! Here's what they had to say...

"Percy Pursglove! Hear him on my big band record about to be released" - Jonathan Silk (drummer & Yamaha Jazz Scholar 2012)

"Matt Anderson is my musician of choice. We dont see him playing enough locally. He attracts other competent musicians when he does play. Looking forward to see him at Seven." - Gwen Hanson

"Karen Sharp still underrated and Spirit with Nikki Iles is a great album. Would like to see her get more coverage" - Mark (@mpgf1973)

And honourable mentions to those shrewd musicians who nominated themselves -

Nick Browne's Somethin' Else: A Tribute To Cannonball Adderley

Thanks to all who contributed - look out for interviews and reviews on some of these people in the coming months...