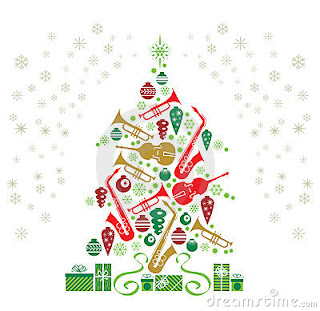 It seems that Jazz in the UK hasn't closed the doors for the christmas break quite yet, with news of new tours and schemes being announced, gigs and albums being reviewed and more happening all over the place. Here are the Jazz Yorkshire's selected highlights of the jazz news...


The Scottish Jazz Federation have launched their new scheme in collaboration with Creative Scotland called The J-Word - a bid to "give jazz a new image that appeals to younger audiences."  Tours featuring American band Yellowjackets and a trio comprising Indian percussionist Trilok Gurtu, Cuban pianist Omar Sosa and Sardinian trumpeter Paolo Fresu, with support from leading Scottish musicians, will launch the project in Glasgow, Edinburgh, Aberdeen, Perth, Inverness and Fife early next year.
Find out more about the scheme here - The J-Word

LondonJazz continue to be at the forefront of jazz news in London and far beyond. Keep an eye out for LCoM graduate Jay Davis and Yorkshireman Ben Mallinder as part of their coverage of the Yamaha Jazz Scholar 2012 award gig this week at the 606 club. They've also run news of this year's BASCA composition award, which was won by singer Christine Tobin. (Previous winners include James Hamilton and Tommy Evans).

Tributes are pouring in from all across the jazz media this week after the death of jazz pianist Dave Brubeck. Lance Liddle over at Bebop Spoken Here has written about the great man and his personal experiences of him as well as publishing the statement given by the Brubeck family following his death.

CD and concert reviews aplenty to be found at Peter Bacon's Jazz Breakfast. In particular, a review of Julian Shore's album Filaments and a concert review of The Impossible Gentlemen.