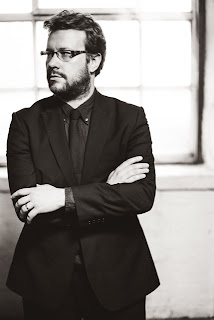 Described as "an uncanny ability..." (Just Jazz Guitar) and "Enormously impressive" (Jazz UK), guitarist Jamie Taylor has established his place as one of the leading figures on the Northern Jazz scene. Ahead of his quartet gig at HEART on Saturday, we spoke to Jamie about music, the band and jazz education.


Tell us a bit about the new quartet - the players and the material.

The group started as a trio, consisting of myself, Dave, and Garry, mainly based around some playing that we did after work at the college, on weekday evenings. I was keen to have a group where the guitar was the only chordal instrument, because I wanted to explore some of the harmonic possibilities. It soon became clear that a frontline instrument would add a great deal to the music that we been working on, and Matt was the obvious choice, having already worked with my previous group, Java. Matt generates a tremendous amount of rhythmic and harmonic interest over the sort of material that we are working with. There's tremendous subtlety in his playing but he also knows how to swing and communicate something very directly to the audience.

Apart from this group, what other projects are you currently involved in?

I'm currently involved in a number of projects. I've been working with a couple of fantastic singers, Sarah Brickel, and Rosie Brown, both of whom are involved in original writing and are very active, both live and in the studio.I have also been collaborating with the saxophonist Ben Lowman, in two contrasting projects - one of them a nonet playing Ben's arrangements of classic gypsy swing tunes, and the other a quartet, with organ and drums, exploring the music of Michael Brecker. I have also worked this year with a couple of fantastic big bands - initially Jamil Sheriff's group and then also the "Give A Little Love Orchestra" run by Paul Baxter.

As well as being a performer, you also teach - do you have a method for teaching? What do you think is the most important part of jazz education?


I don't have a method of teaching as such. Actually, I think that teachers are often put under pressure to create a methodical approach to the subject, but each student should be considered on his or her own terms. It isn't about creating a rigid body of information that everybody can access. The exploration has to be a personal one on the part of each individual who engages with a study of the music.For me, the most important part of jazz education is that it encourages people to engage with one of the world's greatest art forms. Whether or not students pursue a career in music after their education finishes is immaterial. No-one would argue that it was unnecessary for people to study the great painters, composers, or novelists of our time, irrespective of what they went on to do with that information. In my opinion, jazz education is sometimes asked to justify itself in a way that would not be expected of comparable disciplines elsewhere. Having said that, the vast majority of our students do go on to forge really varied musical careers, and I'm delighted to see so many of them doing really well. There's a constant need for new musicians and new music; sometimes people make it sound as though the car park is full, but it isn't and never will be.
What music have you been listening to recently - have you got a current favourite album or player?
I have had an interesting time recently with regard to recorded music. My computer broke down, and this meant that I was unable to access my record collection which I have built up over many years. This has left me with the feeling that I need to go out there and discover some new music, rather than relying on the contents of my iPod.It's always hard to name specific artists, but just lately I have been enjoying Keith Jarrett's European Quartet,  George Van Eps, the compositions of Billy Strayhorn, and "Red" era King Crimson!

What do you think defines the jazz scene in Yorkshire - what do you like best about it?


The jazz scene in Yorkshire is absolutely fantastic. I think it is comparable in many ways to the scene in London, it's just that the music is spread over a wide geographical area. I think it's important not to pigeonhole the music by region. There was a time a few years ago when the national perception was that the only jazz in Leeds was of the avant-garde, "strategic improvisation" variety. There have been some wonderful artists in that field, but what really pleases me today is that a wider range of musicians are being recognised within our locale. At the end of the day, we're all on the same team and the music in all its forms is still struggling for recognition within the mainstream media.